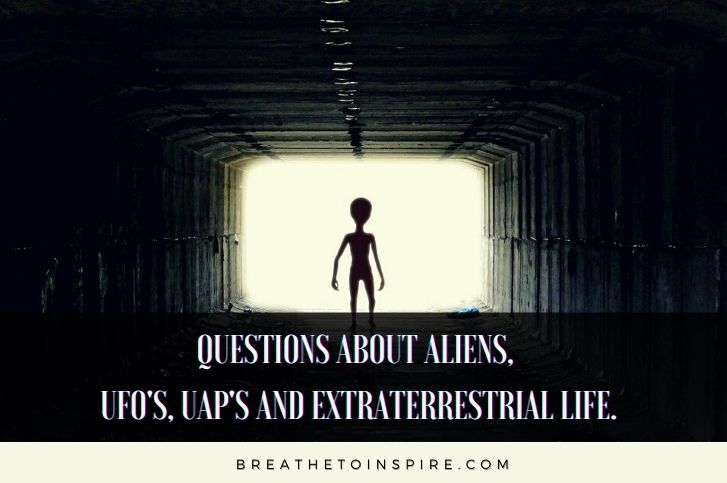 UFOs aka UAPs and aliens have always fascinated us.

From the ancient people enjoying carvings on cave walls, to modern advertisements about UFO sightings — we’re always willing to believe that somewhere out there are creatures more advanced than us.

‘What do you think is the future of humanity?

Are we eventually going to reach a time when we are a multi-planet species?’

It is not a secret that extraterrestrial civilization visit our Earth in the past centuries. Many scientists are sure about that. For example, Dr. Stephen Greer, who founded Center of Exopolitics. But how about this: do they still come here? Are we alone in the Universe?

The universe is so humongous that we can’t be the only beings living in it, right ?

We wonder, does that mean there are other planets with advanced civilizations?

Are they travelling toward earth to check if we are ready?

You would like to think that there are much more intelligent lifeforms out there, but you have to consider yourself lucky for being born on planet Earth.

For most of us, the idea of life on other planets seems like a science fiction. However, when you think about it, we actually have many reasons to believe that aliens truly exist. So let me ask you something… What if they do?

Let’s explore much more alien questions that make you think, provoke your imagination and let you lose your mind beyond this life.

I have written a well researched and thoughtfully gathered questions about aliens that you should consider and try to build a deep perspective about it.

Continue reading till the end and share your perspectives in the comments.

Here are the list of questions about aliens and Extraterrestrials which were asked by the twitter users to the Astronomer and the former director of SETI research Ms. Jill Tarter. You can find the answer for these Alien Questions as video on (source: Wired)