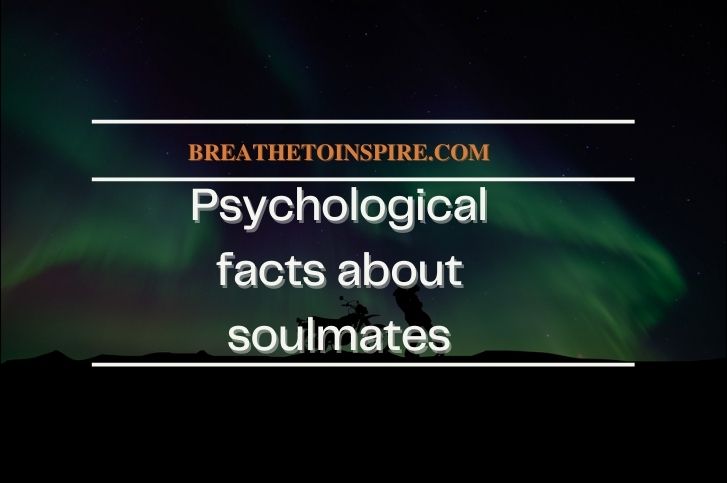 The concept of soulmates is very subjective.

Most of the time, we try to convince ourselves that soulmates exist and look for scientific and well-researched psychological facts about soulmates.

Occasionally, we seek other people’s opinions to validate our personal beliefs about soulmates.

But sometimes we also get to a point when we think that soulmates do not exist, and if they do, why do only a small population of people meet their one true soul mate?

Again, no scientific proof or counterarguments can hide this uncertainty. And then we realize how hard it is to believe in something that has no scientific evidence.

Also read: How to find your soulmate? (Your intuitive and 10 steps practical guide)

It happens to everyone. When we have found our soul mate, we put a full stop after that phrase and think that this is the person we have been dreaming about.

But do we have any actual evidence that soulmates exist? Or even psychological facts which prove their existence?

So, let’s found out. Here is the list of psychological facts about soulmates that might help you decide whether or not to believe in soulmate and soulmate marriages.

According to the study conducted by the University of Virginia on 1414 married couples in Louisiana (1998-2004), people who practice the traditions of permanent marriage and gender equality with the support of social networks and religious institutions usually have more stable, happy marriages as long as they take the time to communicate with each other.

On the other hand, spouses who embrace the soulmate model of marriage usually enjoy high levels of satisfaction, but also experience a great deal of conflict.

As per an additional finding, spouses who embrace traditional marriage norms without social support reported a lack of quality marriage.

Also read: How do you know you found your soulmate? (50+ Soulmate Signs)

The same study found that soulmates are more likely to see marriage as an opportunity to enjoy companionship, personality development, emotional security, and individual fulfillment within a relationship than adults who take a more traditional view of marriage

Given the expressive focus of their relationship, they are also more likely to invest themselves in the emotional possibilities of their marital relationship.

Moreover, because of the expressive character of contemporary married life, where marital happiness is closely linked to the exchange of emotional intimacy between spouses.

This expressive focus is likely to foster higher levels of marital quality. And experience improved marital happiness in a relationship because of the individual’s personal fulfillment.

Also read: Can you feel your soulmate before you meet them?

Researchers agree that the institutional model of marriage is more likely to produce marital stability than the soulmate model.

Those couples who look at an expressive relationship might be more likely to achieve marital happiness.

The opposite is true as well, for couples who are religious put a strong emphasis on marital permanence and are surrounded by friends and family all of which may promote higher levels of marital quality.

Also read: 7 Signs you are about to meet your soulmate

4. People with a strong belief in soulmates embrace conditional love and are ready to break up once they feel they are not meant to be together.

Soulmates choose the ethic of conditional love. This means they remain married only if they both feel happy and fulfilled. Otherwise, they move on with their individual lives instead of living together for better or worse.

That is because they believe the motive of marriage is to advance personal growth and individual fulfillment.

Especially, the newlywed couple pursuing a soulmate approach to marriage will likely embrace a conditional ethic of love, which allows them to leave if the marriage does not make them happy.

However, this conditional approach to love is not as likely to build trust and commitment in a relationship—especially when a spouse’s partner knows that his or her love is conditional

As a result, due to lower levels of commitment and trust, spouses may be less likely to invest emotionally in each other.

Also read: 9 Signs your soulmate is thinking of you (Research-based)

5. A woman who was socially supported had 55 percent more chances of reporting conflict with her soulmate.

6. In women who were not receiving social support, they were 67 percent more likely to report conflict with their soulmates.

7. There is a 95 to 146 percent higher likelihood of a soulmate husband reporting conflict than a common husband.

8. The divorce rate is lower among spouses who marry as soulmates, especially in the case of husbands.

The study conducted by Renae Franiuk, Department of Psychology, Aurora University on 143 adults is called as Implicit relationship theory.

People with a strong soulmate theory are engaged in constant partner evaluation early in the relationship.

But, once they are committed to the relationship, they may use strategies to maintain their beliefs about their partner as their soulmate.

10. Those with a strong soulmate theory were more forgiving of a partner’s transgressions if they had good partner fit relative to those who did not report good partner fit.

11. Soulmates were likely to put more effort into overcoming difficulties than those with the ‘work-it-out’.

12. Those who considered themselves to be in soulmate relationships identified as an intuitive component.

Soulmate signs from the universe.