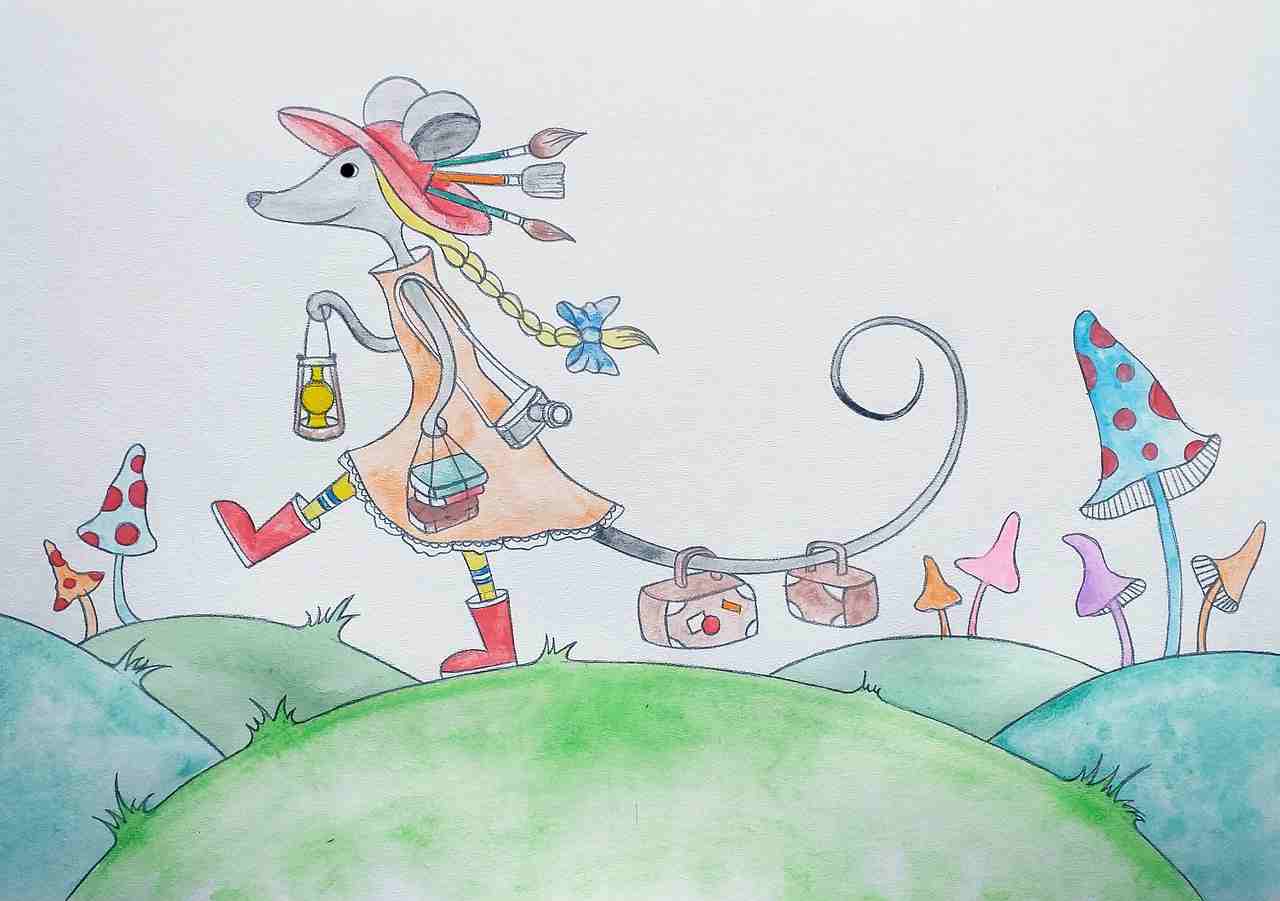 Back in India, during the times of our forefathers, there lived a poor peasant. To inherit his poverty there born a boy child to him. He named his son as Raja.

The boy became a man with traits of a fool who knows nought about life and the riddles in it, neither to solve nor to survive. However, he eats and sleeps as if to master the pleasures in all of its realms.

With no choice left, the poor father bore the burden of his only child along with a fat-bellied pussy, one-legged hen and flat-faced bullocks; which his dead wife brought from her home as a token of a dowry at the time of their wedding.

With some concern at his son’s future — By cursing and thrashing; daunting and haunting — The poor father taught his son how to plough and sow the seeds and reap the crops in the field of his own. But still, the stupid son stumbles and mumbles; forgets and remembers nothing he learned. This story continues in the length of nights and days all alone.

On an uncertain day, the poor father fell sick and stuck to bed; as he had no spirit to awake, Thus he decreed his son to take care of the harvest until he recovers.

Obliged to father’s words, Off from home, on his barefoot, the mighty son ran and ran under the hot-hitting sun in the mid-noon; he continued his hike until he reached the field of his corn crop.

By the time he reached his yard, sweat covered his breast and weariness over his head. Thus he collapsed into a deep sleep for hours and hours till the sun began to fade. He lost the memory of his work and the world around him. But raja conquered his sleep and all the worlds in his dreams.

By the time he woke up, the moon began to smile with her half-naked face. As soon as he came to his senses, he foresaw a horrid nightmare — “If I failed to finish the assigned work, without a forward thought my father would slaughter and sacrifice my blood to the old gods; and feast my remains to the hungry wild beasts.” He talked to himself.

In fear of such vision, he rushed to work, but he was forbidden to see anything as the night consumed all the glory of light with its scary darkness.

Far in the heavens, there, the hanging moon giggled and chuckled for the struggle of this poor son.

“Oh, wicked moon,” said raja, “Can you stop laughing at me with you tilted face? And save me from this darkest hour.”

“Oh, bareheaded beautiful man,” replied the moon, “not today. Come on the day of my day, I will cast a twilight for you, such and such a night, I will offer myself to you; you can make use of my lunar-beauty and endure the life of my light.”

“Stop flirting with me, you shameless moon” whined the boy, “Fashion your dreams and seduce your fancied romance with the lone wolf,” he continued, “ who secluded in this lost forest and waiting for your arrival to be paired with you.”

For the arrogance of the ignorant boy, the moon got offended and hid in the lonely clouds. Now it turned pitch black. He lost even that little shimmer in the sky.

Later, to get out of that situation, he used most of his mind, as much as he was capable of thinking. But couldn’t reach to any conclusion. And sadly seated behind the moist where he could lean to a pine tree in the middle of his field and rest himself, by thinking it is better to stay here waiting for the dawn to arrive. Rather than going home and facing his abusing father.

No sooner did he lay down again for a nap — For the very first time in his life, there occurred an idea to his barren head. He climbed the pine tree as high as he could. Since earlier he noticed this particular tree attracts the fireflies; he caught and collected hundreds of lightning beetles in a transparent box which he discovered near the foot of the tree. They started glowing, his very primary idea turned into the light that devoured all the darkness and spread its lustre all over the field. Not any less bright than the solar noon.

He dismounted the tree and began to continue his work in his brightest of the brightest colours as if both the moon and sun coupled for the first time and embracing their togetherness.

He was overwhelmed with the scenery; But, his happiness didn’t last much longer. As he has a short memory, he forgot the work assigned by his father. Though there was only one corn crop in the field. That too, they were small plants. Anyhow he thought and thought for one more hour and finally made a decision to mix urea and apply on the roots of the young plants.

He began to scatter the well-mixed bag of fertilizer at the roots of the plants carrying in one hand and a box of lightning beetles in another hand for the vision. There were about 50 rows of corn plants with 500 meters in length and 500 meters in width. Within 2 hours he almost finished his work but stopped himself and rethought for a moment;

“What if I double or triple the amount of urea to each plant? For more fertilizer, there will be more growth and faster growth and more strength. Such a way my dear father will praise my smart work.”

He said to himself and poured all the leftover urea in abundance to all the plants and returned home with an over joyous mood.

A few days have passed, as the poor father recovered from illness and went to examine the crop. He discovered all the plants dried and died due to over fertilizers. After witnessed such heart-aching sight, in a rage, he rushed to the home, and was out of words, seeing at his foolish son who was eating with such a passion. He grabbed him out of the dining and thrashed him out of the house, Raja didn’t understand what’s actually going on. Yet, trying to reason himself for his father’s behaviour but with no explanation, without giving any time he exiled his son from home, from the village even from his life.

Raja, still confused with the situation yet without arguing with his father, he didn’t know where to go, walked towards his field. There he saw nothing but barren land. His heartbroken by imagining the pain of his beloved father and his own foolishness.

Realizing his blunder, he left the field as well the home in shame and hit the road and started the journey to the unknown, he walked six days and seven nights, with neither food nor water. As there was no verve left in his nerves, he couldn’t move any further, so he decided to retire and take rest. Thus, he searched for a tree

In a distant land, he discovered an ancient banyan tree which struck quite magical to his eyes; with all certain kinds of birds, reptiles and animals were resting. Though has no spirit left in his body he moved himself a bit nearer to seek the shade of such a massive ancient tree. There he encountered the whole animal kingdom was gathered and conducted a  assembly.

For Daily Updates and to get notified by Insights, quotes and short stories for kids. Connect with me on Instagram and Twitter.