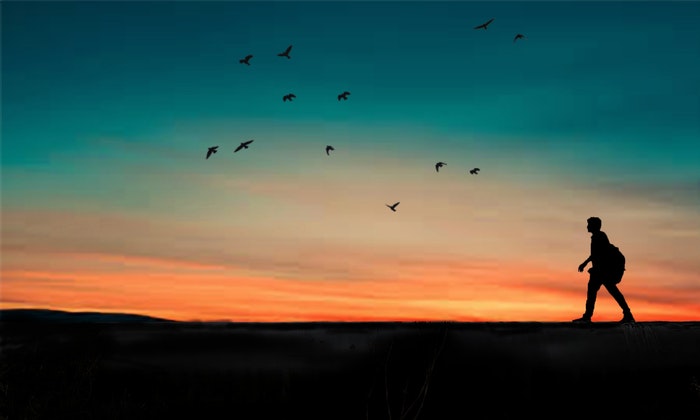 The Instance of an event where the creation and the creator meet together is the true source of wisdom.

A man realizes these two different aspects and aspirations of life sound separate, but they are as close as similar to the same.

To act as the creator, to create the creator and to be the creation itself are clearly nothing but only one.

This wisdom of life is witnessed within a man who experiences the foundation of truth from the entrance of time to the eternity of mind within a blink of an eye.

He realizes there is no such thing as purpose but just the feeling of fulfillment, he feels the music of souls and senses the breath of the hearts in every living and non-living forms.

He understands lightness and darkness are no different. He is aware that death has life and life has shades. Now he is in tune with everything that ever existed and in sync with the non-existence too.

New light and fresh delight within him transform into the state of complete blissfulness with the immortal happiness longing to become the part of the very divine.

This is so called as the enlightenment of life with the achievement of pure consciousness at the highest peak of its extreme.